We are very excited to announce that Tim Davies has recently been inducted as our newest MAGA Patron. 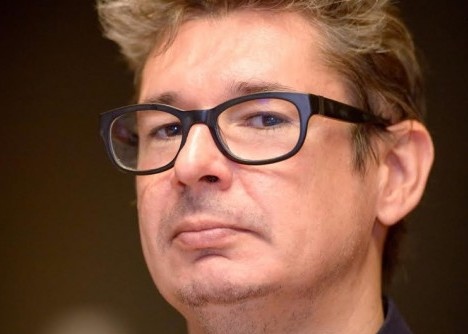 way up to being one of the busiest orchestrators and conductors in Hollywood. His film and TV highlights include La La Land, Trolls, Minions, Ant-Man and the Wasp, The Peanuts Movie, The Muppets, Empire and Frozen. He is also the most prolific orchestrator and conductor in the world of video games, having worked on multiple titles from the God of War, Infamous, Sims, Resistance and Batman franchises and the upcoming Marvel Spider-man game. He is also becoming known in the concert hall, having conducted Pokemon: Symphonic Evolutions with orchestras such as the Baltimore and San Diego Symphonies and Disneys Frozen with the National Symphony Orchestra of Taiwan.

Recently Davies has branched out into composing work too, starting with a partnership with two-time Oscar winner Gustavo Santaolalla on the score to The Book of Life. This was also the beginning of a relationship with producer/director Guillermo del Toro, which led to writing additional music for his film Crimson Peak,  and creating the Annie-nominated score for his TV show, Trollhunters: Tales of Arcadia, produced by Dreamworks Animation for Netflix.

Davies is an active arranger as well, whose recent highlights include arranging and playing drums for the twentieth anniversary concert of NAS Illmatic and being lead arranger for Kendrick Lamars performance of To Pimp a Butterfly, both featuring the National Symphony at the Kennedy Center in Washington, DC. Other collaborations with the NSO have included shows with Ledisi and Common. January 2018 saw Davies conduct the NSO for the first time featuring his arrangements for Kenny Babyface Edmonds. He has arranged for albums by chart-topping artists Amy Winehouse, Akon, Miguel, and Cee Lo Green, as well as for orchestras all over the world from the Los Angeles Philharmonic to the Metropol Orkest in the Netherlands. He plays drums and writes for his own group, the 18-piece Tim Davies Big Band, and has received two Grammy nominations for Best Instrumental Composition, in 2010 and 2016.

In 2013 he launched his orchestration blog, www.debreved.com, which has since become an important resource for composers and orchestrators all over the world. Davies has given guest lectures all over the world and is currently a visiting artist at the San Francisco Conservatory. Davies is on the board of Education Through Music Los Angeles, helping provide music education for underprivileged children.

Awarded the Order of Australia (AM) in 2015, New York/Bethlehem based Australian composer, conductor & master orchestrator, Sean OBoyle, has written and arranged for recordings and concerts with many leading Australian and international orchestras.

He has also composed, arranged, conducted, directed and collaborated with many artists and organisations as well as written, arranged and produced music for more than 100 CDs recorded in collaboration with the Australian Broadcasting Corporation.

He has twice received the coveted ABC Golden Manuscript Award for his work as a composer and his projects have received numerous ARIA nominations & awards. He was recently shortlisted for the Advance Australia Global Awards. In 2014 Sean was appointed Chief Arranger & Composer in Residence of the Queensland Pops Orchestra.

In 1992, John joined Good Morning Australia with Bert Newton. John tickled Bert's GMA ivories for more than 12 years, working with everyone from Chris Isaak to Reba McEntire, from Joe Williams to James Galway and from Shirley Bassey to Olivia Newton John.

John became Musical Director of Australian Idol in 2003, where he helped to unearth performers such as Guy Sebastian, Shannon Noll and Jessica Mauboy.

John is musical director and producer for Vision Australia's Carols by Candlelight® and the TV Week Logie Awards.

John's compositions have been performed all over the world. John wrote The Flame, which was performed by YTT's Tina Arena and the Sydney Symphony Orchestra at the Sydney 2000 Olympic Opening Ceremony. His compositions have also been performed by artists such as Vanessa Amorosi and Paulini. He wrote Melbourne Girl for the BBC's telecast of the Closing Ceremony of the Commonwealth Games in Manchester, and Light The Way for the Asian Games in Doha, which was performed by Jose Carreras.

Chong Lim is one of Australia's most experienced musicians. Chong is a musical director, producer, composer, arranger, keyboardist and sound programmer for internationally renowned performers. He is currently working as Musical Director for Dancing with the Stars (Australia).

Chong has worked with the best of the best in the music industry, including Delta Goodrem, Kylie Minogue, Olivia Newton-John, Tina Arena, Christine Anu and more.

He was involved in both the opening and closing ceremonies of the Sydney 2000 Olympic Games and was musical director and composer for the Closing Ceremony of the 2006 Commonwealth Games in Melbourne.