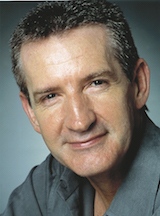 Peter is one of Australia's most versatile Musical Directors, having established a career spanning the genres of musical theatre, arena presentations, symphonic concerts, orchestration, television and recording.

During the past years, Peter has been Musical Director for several major music theatre productions, including 'Les Miserables', 'The Sound of Music', 'The King and I' (1991), 'The Producers', 'The Wizard of Oz', 'Chicago', 'Cabaret', 'Smokey Joe's Cafe', Topol's 'Fiddler on the Roof', 'Company', Monty Python's 'Spamalot', 'Jekyll & Hyde', the Andrew Lloyd Webber musicals 'Evita', 'Cats', 'Aspects of Love', 'Song and Dance', 'Joseph and the Amazing Technicolor Dreamcoat', 'Jesus Christ Superstar', 'Sunset Boulevard', 'The Pajama Game', '42nd Street', 'Mame', 'Crazy For You', 'Kismet', 'Annie', 'Chitty Chitty Bang Bang', 'The King and I' and 'Anything Goes'.

He was Musical Supervisor for 'Guys and Dolls', 'South Pacific', 'How to Succeed in Business Without Really Trying', the 1998 Australian tour of 'Grease - The Arena Spectacular', 'Cats - Run Away To The Circus', 'A Chorus Line', and the 2016 touring production of 'The Sound of Music'.

Peter was awarded a Member of the Order of Australia AM in the Queen's Birthday Honours List 2018, for significant services to the performing arts, as a conductor and musical director.